For any changes mailto: a-artem-m@mail.ru

The Ships in Bottles Association Of America

The SIBAA was started in the early 1980's by Don Hubbard to increase the American public's awareness of the art. Worldwide membership since then has increased to over 200. (Now the SIBAA has 500 members). Through the Association, builders find out about one another and share new ideas and techniques. The SIBAA publishes a quarterly journal - The Bottle Shipwright. It features articles written by the Association's members on tools, techniques and themselves. The SIBAA holds a national conference every two years at different locations around the country. The first took place in 1987 in Boston, Massachusetts, the second in 1989 at the Chesapeake Bay Maritime Museum in St. Michaels, Maryland and in 1992 and 1994 at the Ships of the Sea Museum in Savannah, Georgia. In addition, an eastern regional conference was held in Maryland in 1995. The 1996 national conference is scheduled for October in Baton Rouge, Louisiana. Membership in the SIBAA is open to everyone, regardless of experience or skill. For a membership application, please write to the Membership Chairman:


European Association of Ships in Bottles

EASIB dedicated to the preservation of the traditional mariner's art of building Ships in Bottles. EASIB published "The BottleShip" magazine of Ships in Bottles. Membership is granted to all persons. Now EASIB has 200 members. For further information, please write to the Membership Secretary:

The Dutch Association Of Bottleship Builders


Swedish Association of Ships in Bottles 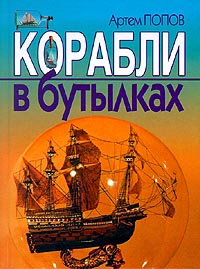